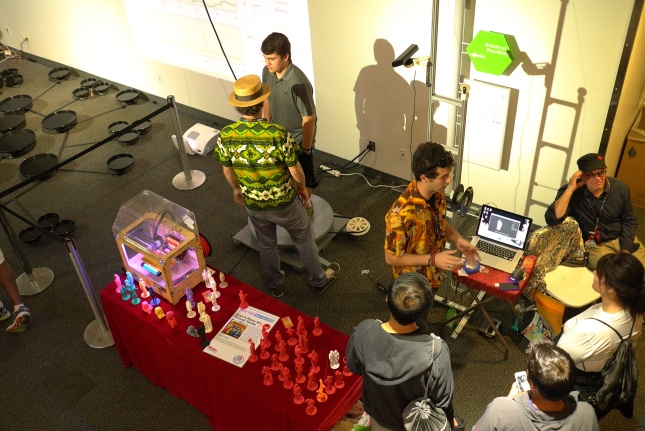 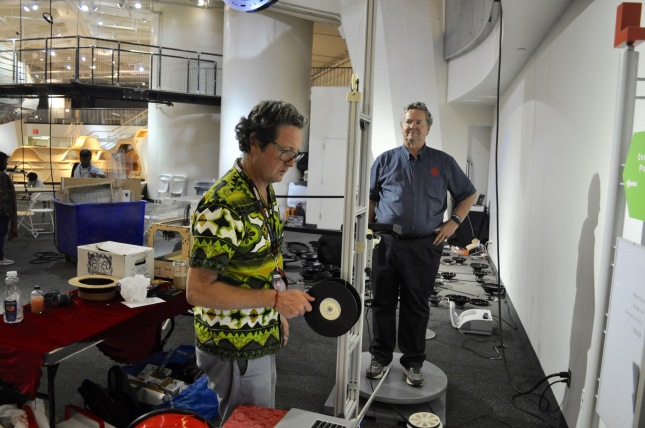 We even got to 3D scan Dale Dougherty, Make Founder, as well as much of this year’s crew as well. 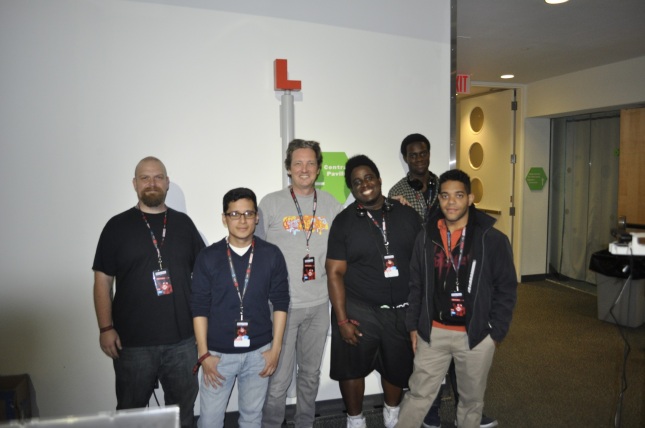 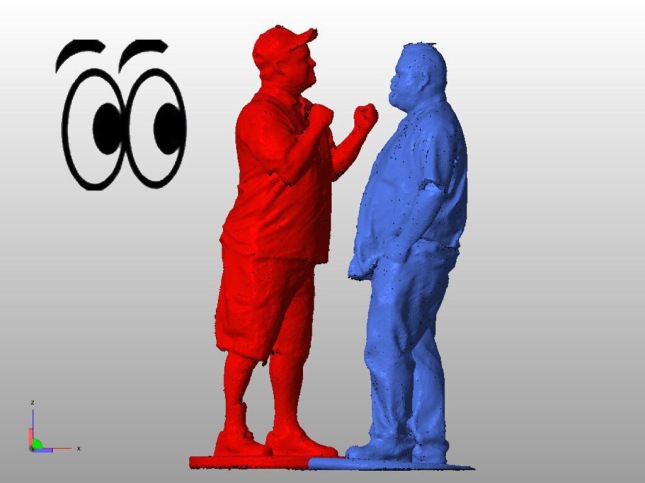 We scanned Steve Wygant and John Oly from SeeMeCNC, whose scans may say something about their relationship… I was an original indieGoGo backer of their Rostock Max campaign and got a kit that never quite turned into a fully operational 3D printer. They took pity on me and generously gave me one of their working floor models at the end of the weekend- Thanks Guys! 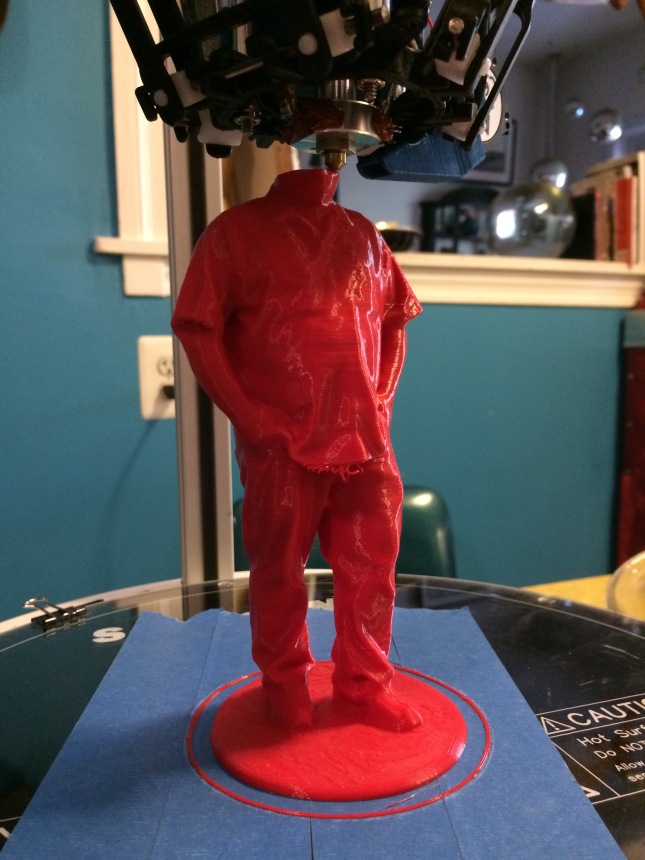 Naturally, our scan of them were the first prints made on the Rostock Max machine! 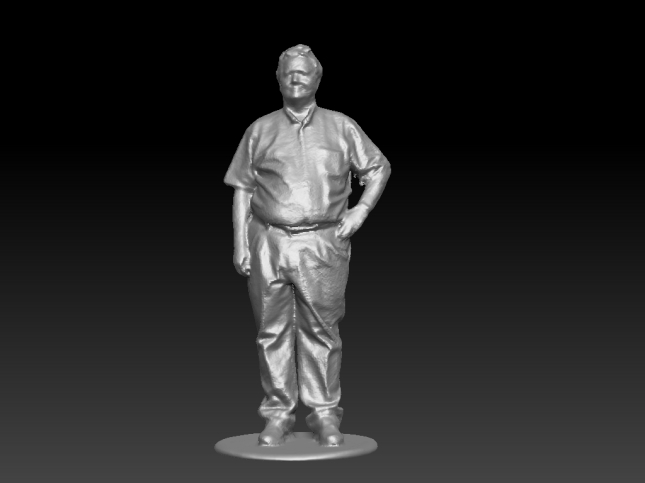 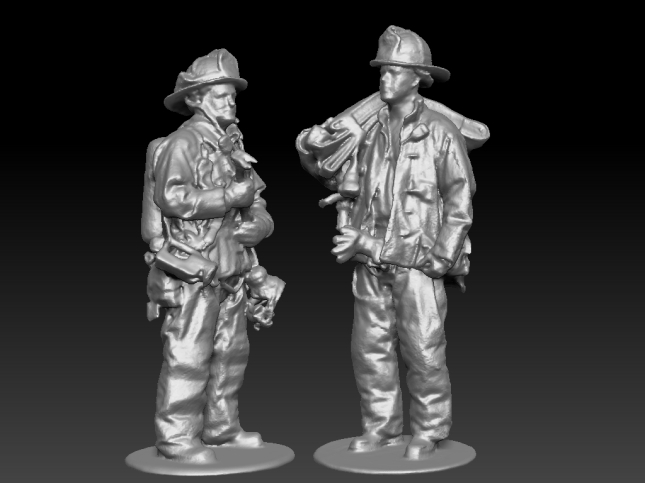 The guys from the NYFD went out to get their full gear to get scanned in. It caused a little stir on the crew’s walkie talkies when they returned carrying hoses! 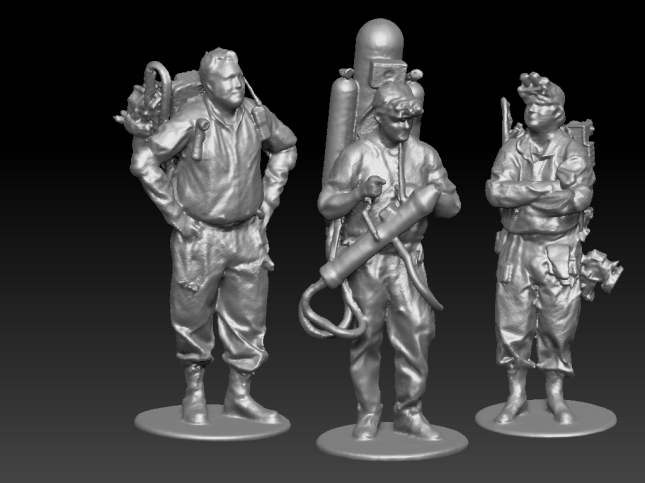 We even scanned the GhostBusters! 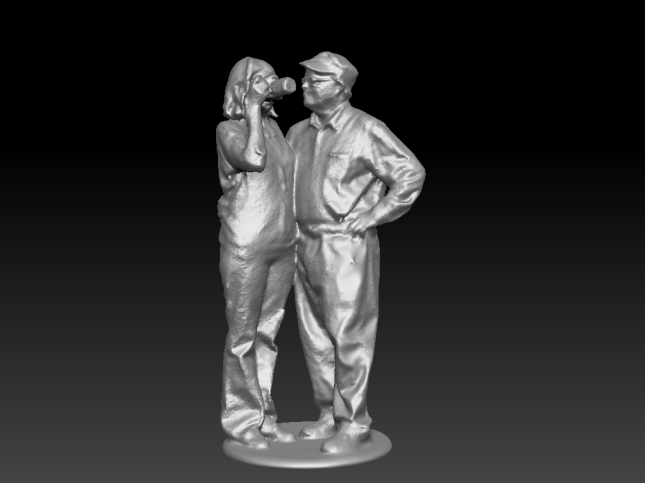 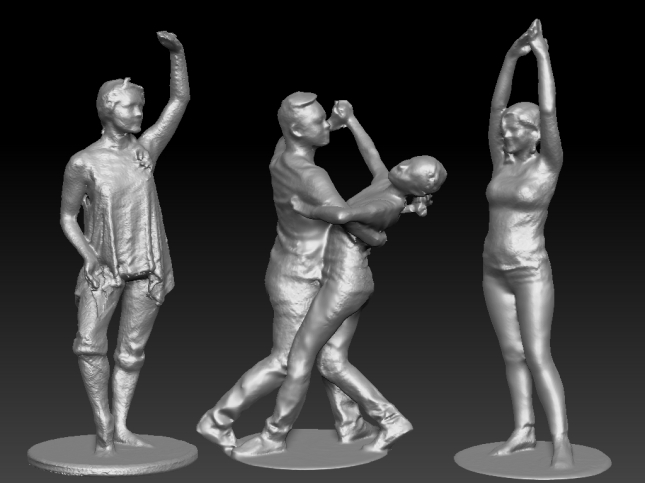 A number of dancers happened to come by to pose as well! We’re just starting to dig in and clean up files so there’s ton more to come, but these were definitely a few highlights! 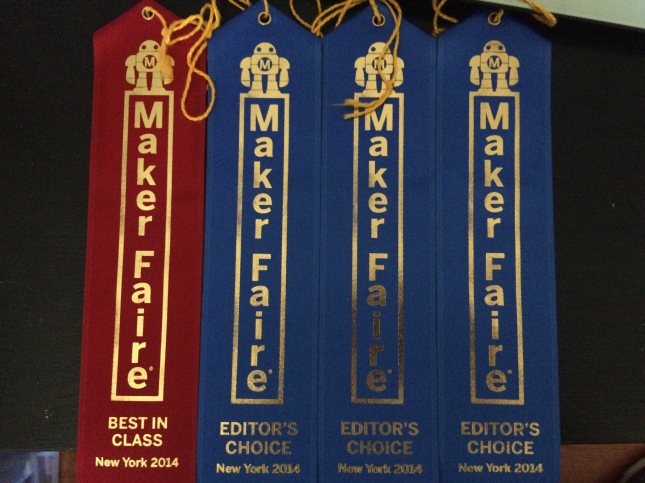 The booth was very well received and won four awards so we were all quite happy! The first two ribbons were for the 3D Printed Luna Park exhibit and the second two were for Scan-A-Rama 3D!