Detroit fascinates me. Even more than LA, this city seems to exist to showcase the glory of the car. Multi layered highways twist and wind like a giant Hot Wheels set with exits to both the left and right. There’s an energy and vibrancy to the urban decay that’s inspiring. It’s no wonder Detroit is such a hotbed of art and creativity.

It’s here that fifteen years ago John Dunivant began to realize a vision that began in his paintings; a dark world of a haunted carnival and its twisted god, Zombo the Clown. He named it Theatre Bizarre. This once a year party that I like to describe as the “Mermaid Parade of Halloween” began on an abandoned lot in Detroit but has now grown to over 5,000 attendees and takes place in the World’s largest Masonic temple, an impressive sixteen story neo Gothic structure that has never been completed. The building itself is worth the price of admission, just to see the elaborate throne rooms, chapels, drill rooms, ballrooms and theaters that hide within the labyrinthine passages of its walls. The building is a testament to the Masons mastery of construction, architecture and engineering and has to be seen to be believed.

Every year John and the Theatre Bizarre crew transform 8 floors of the space into an elaborate haunted harvest festival. It’s the world of his art come to life. The opulence and intention to detail in the installation is astounding and the building is the perfect backdrop. I had the occasion to meet and get to know John and some of the crew over the last few years, and this past weekend was my second year bringing the Scan-A-Rama 3D Portrait Studio there. Here’s some images from this year. 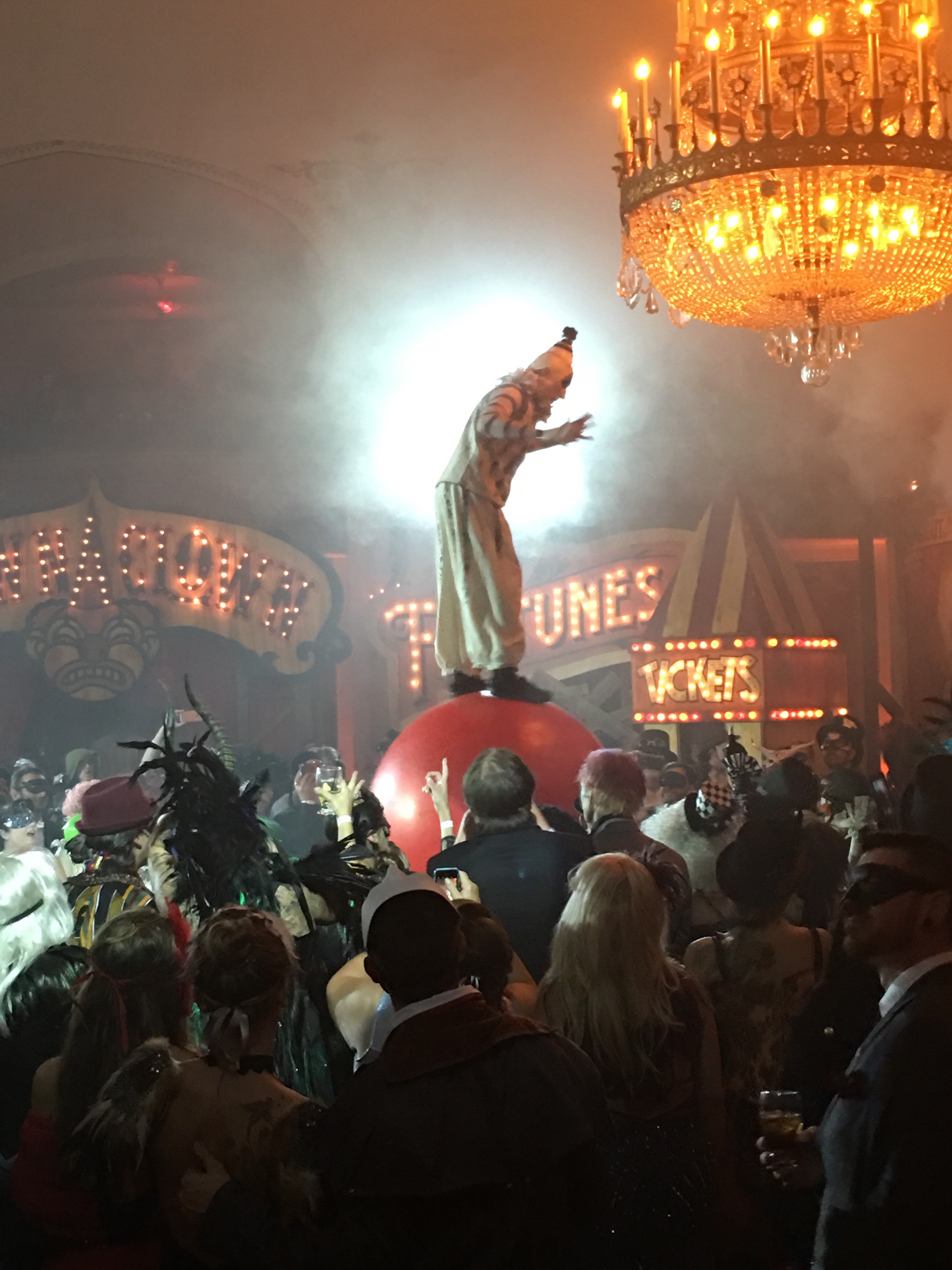 Every year, 5,000 costumed revelers converge upon Detroit to participate in the spectacle 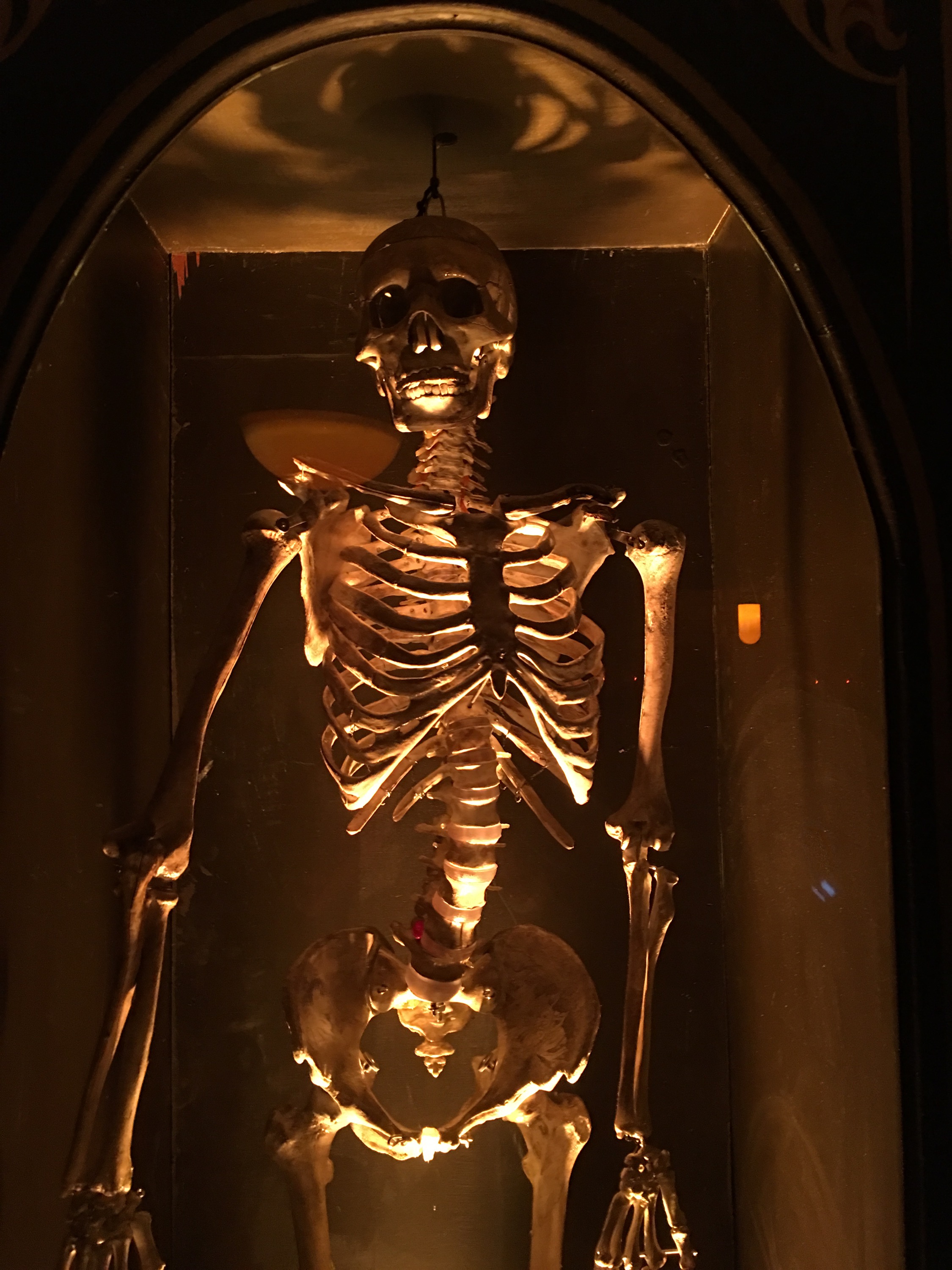 No bones about it, the decor is lavish!

There are Hundreds of Jack-O-Lanterns everywhere 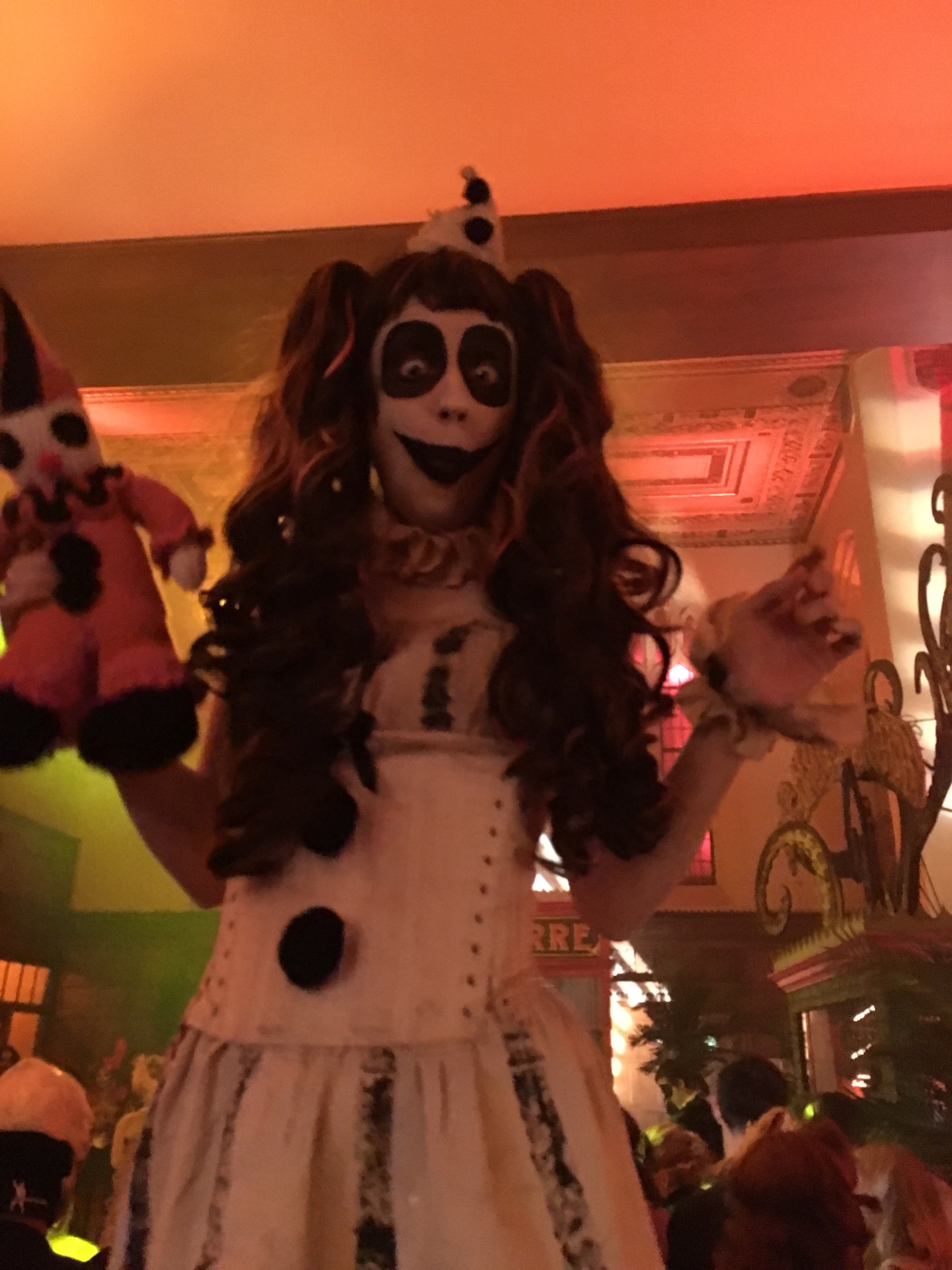 there are scores of entertainers throughout the space 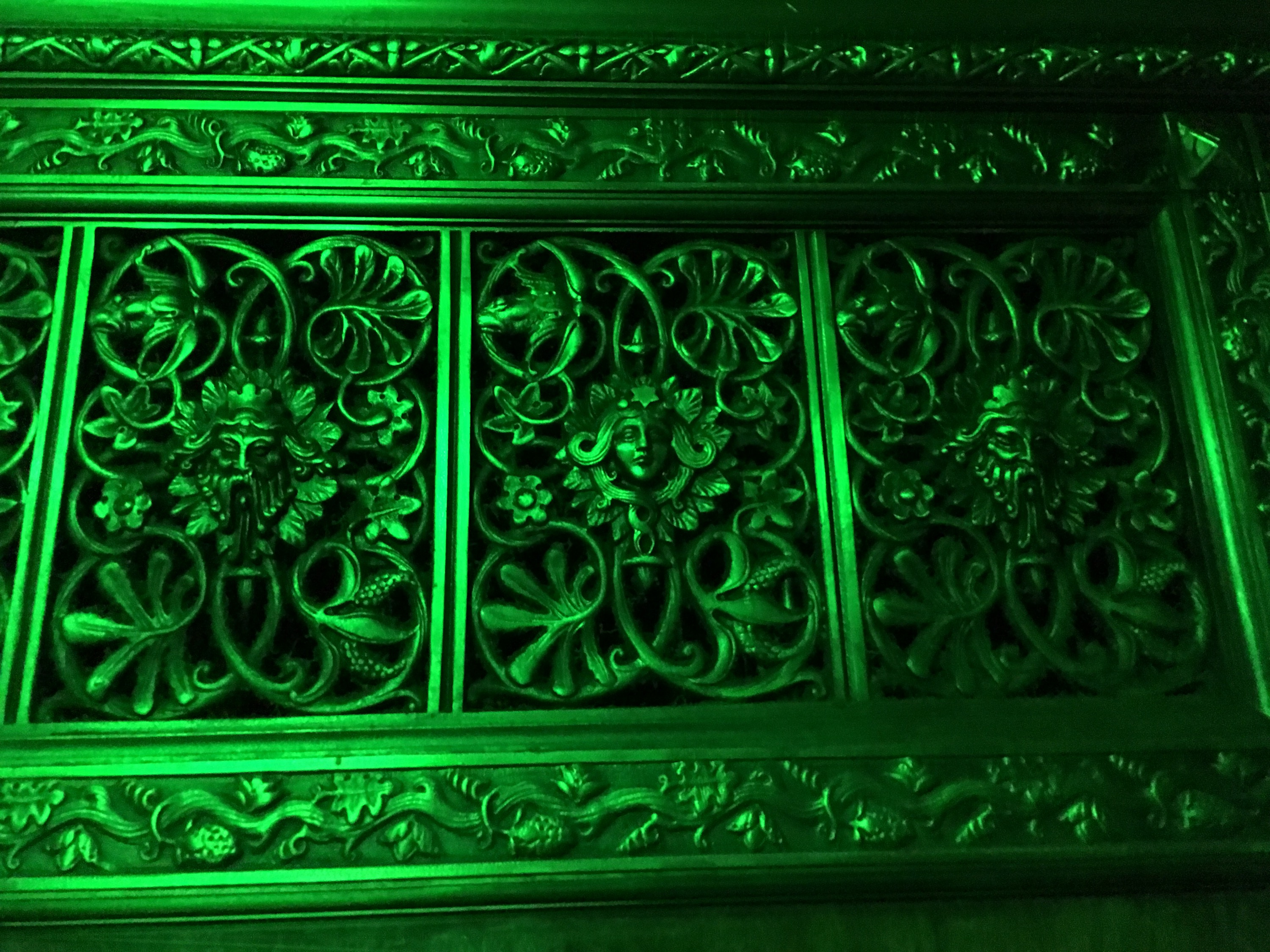 ornate details on the elevator grills

Here I am chilling out with Zombo the Clown

Since no one can enter without a costume, the guests are often the most entertaining part of the night

Just one of the many thrones within the Masonic temple 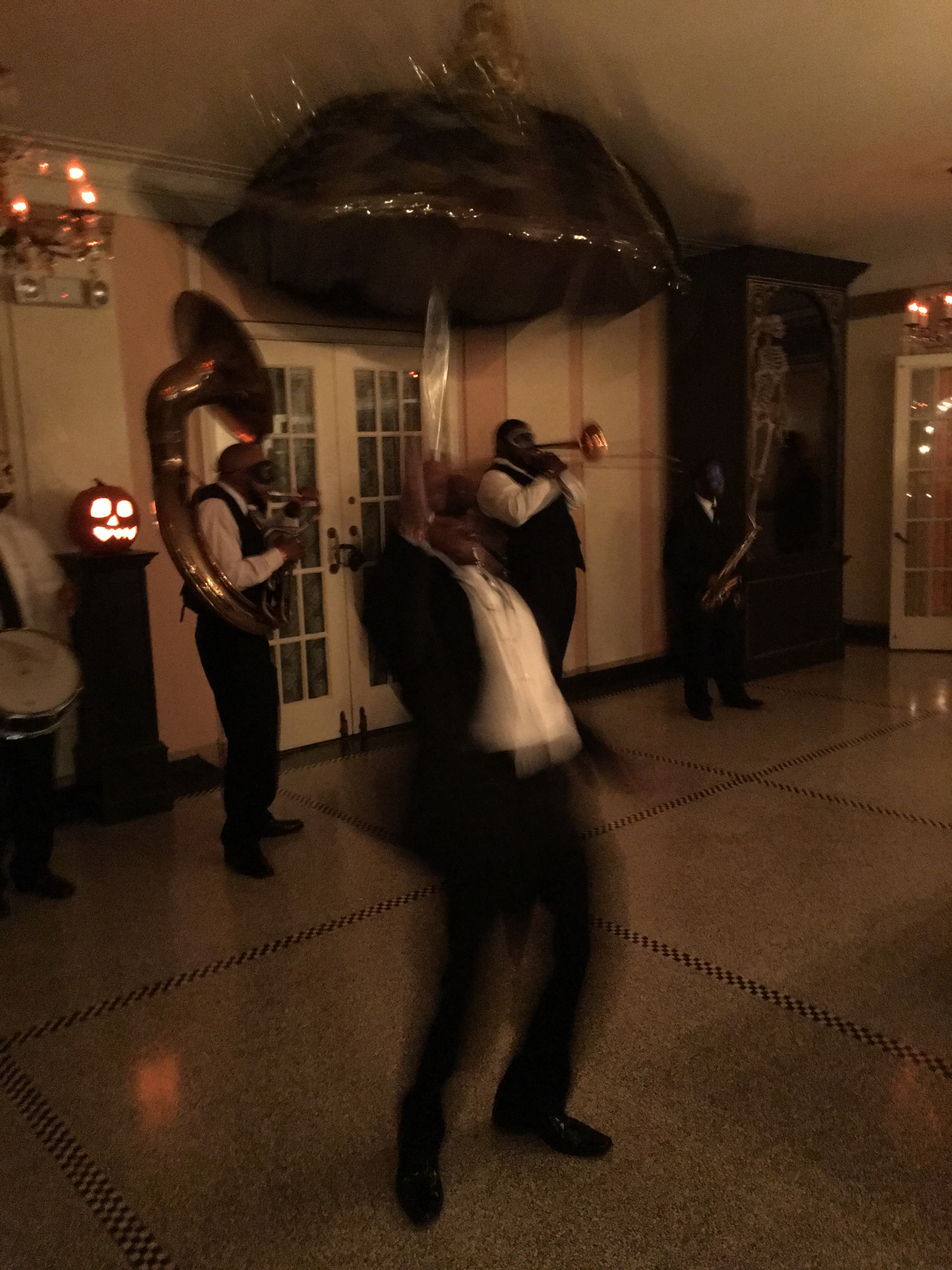 A New Orleans brass band lead the crowd through the building 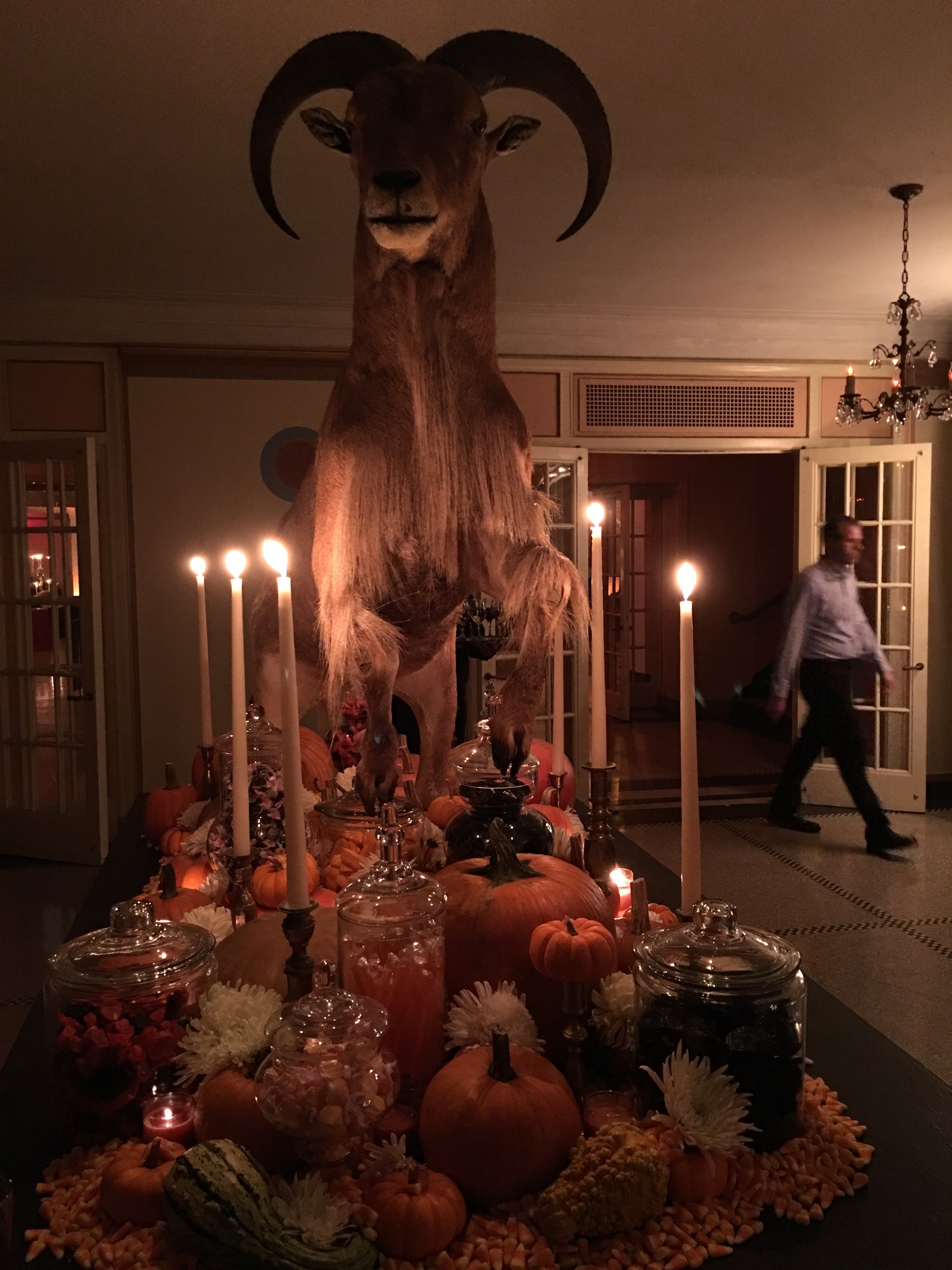 This year was the “Year of the Goat” 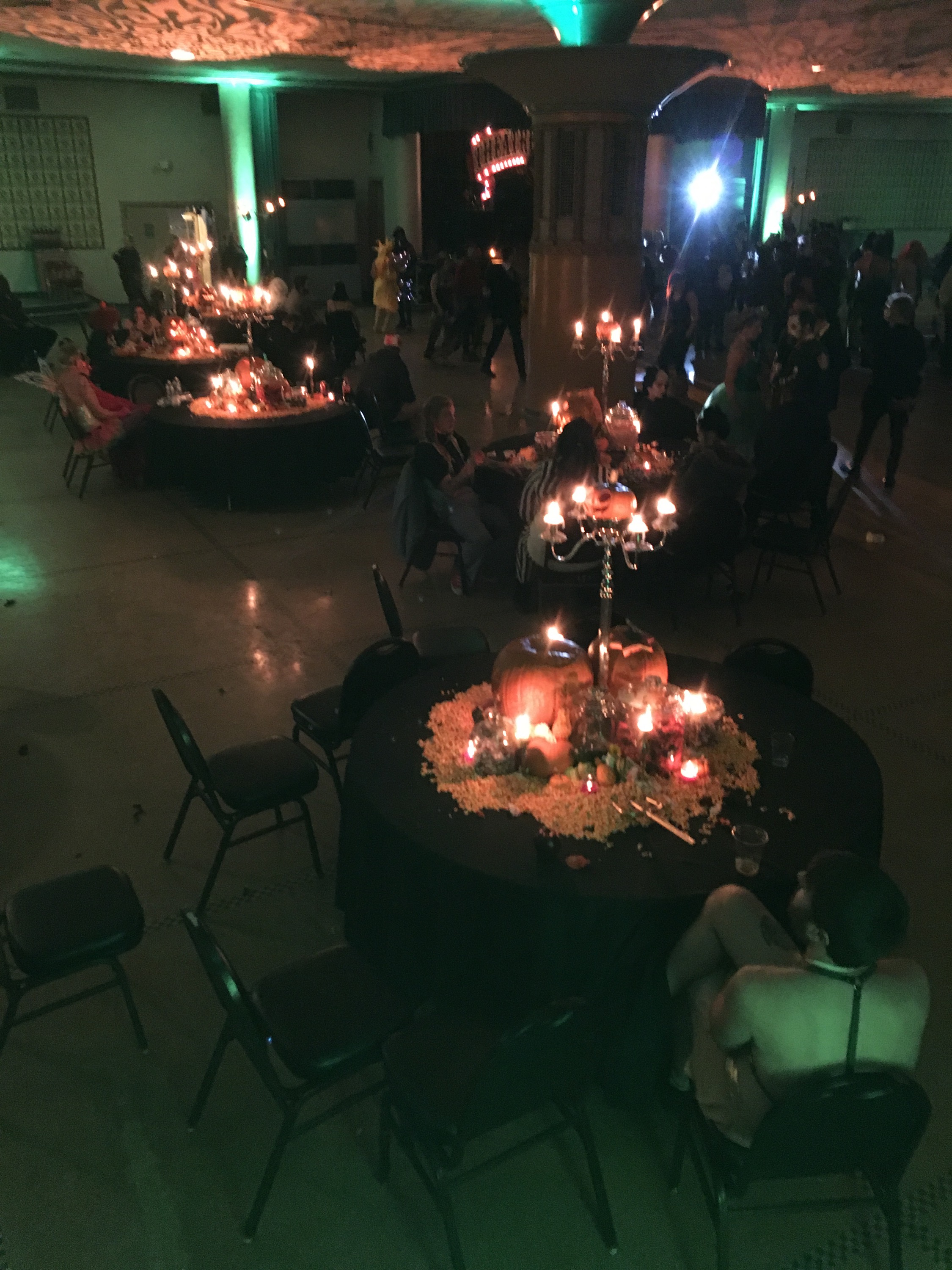 Table setttings in the Fountain Ballroom

The Crowd in the Crystal Ballroom 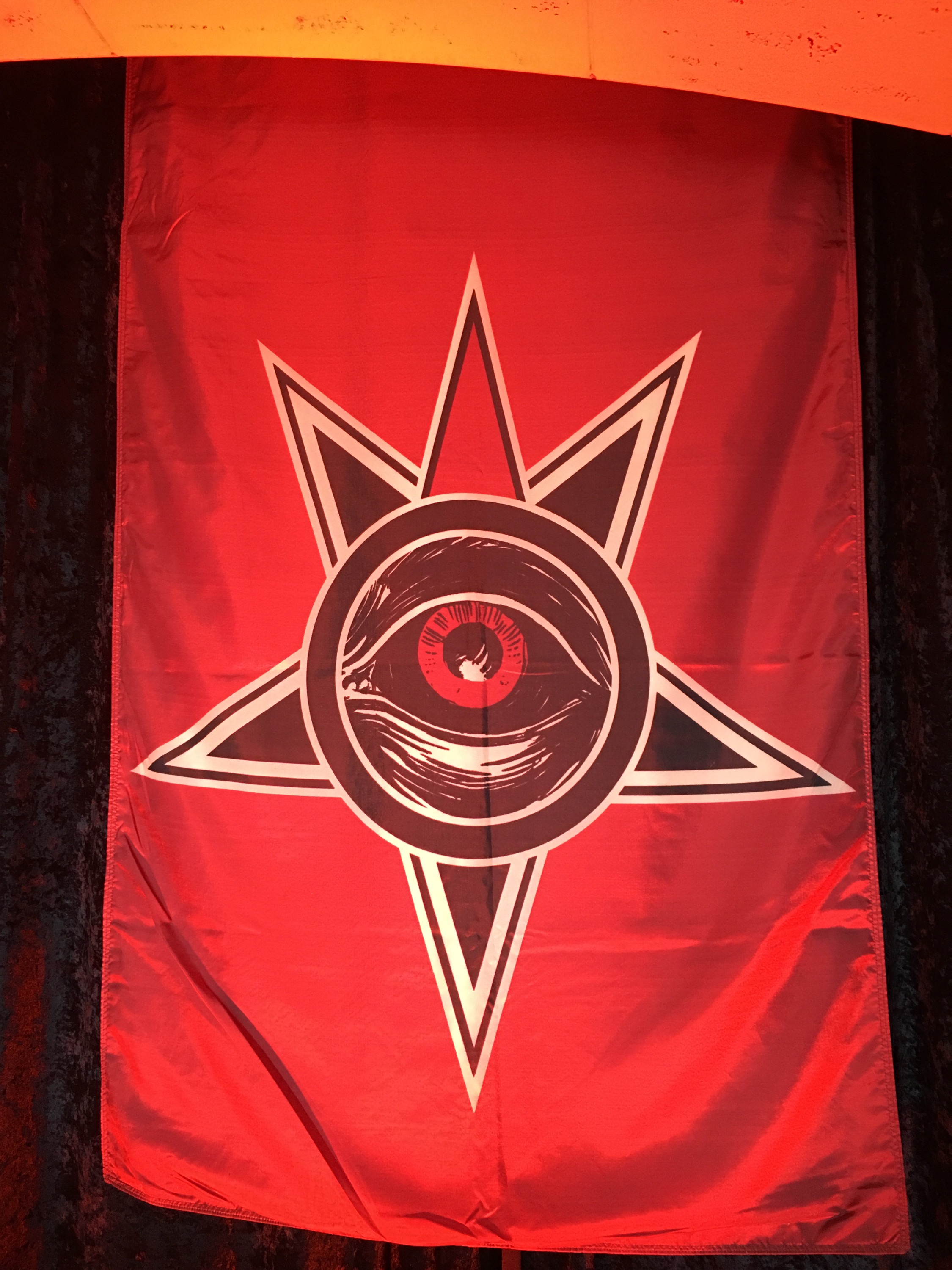 The insignia of Theatre Bizarre’s secret society hangs on the wall, its all seeing eye looking over the festivities 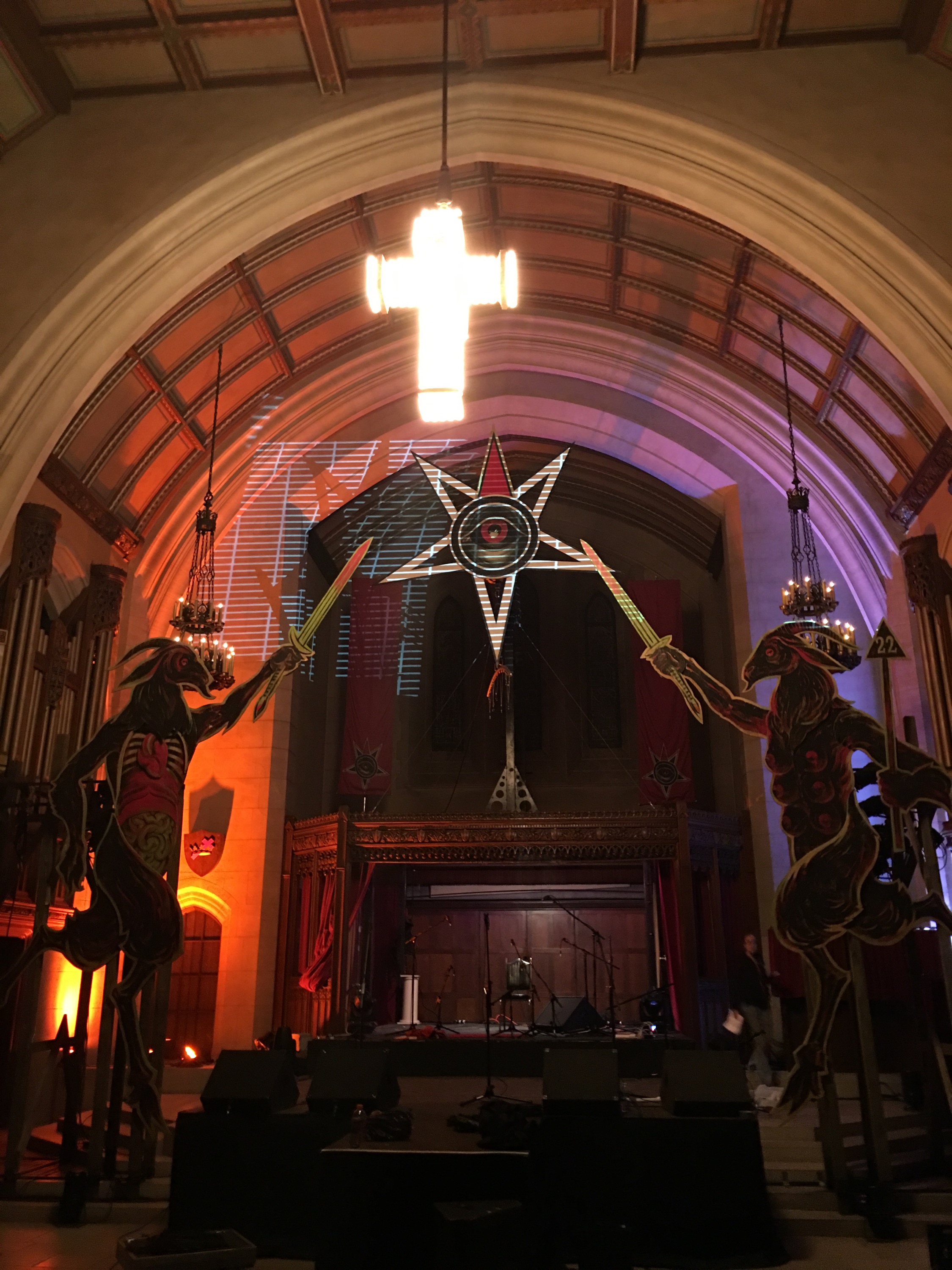 The heart of the building contains this three story chapel. it is said that the cross marks the actual center if the building and that theres a hidden throne room behind the altar. When someone sits in the thone the cross perfectly aligns with a grate on the wall so that the light of the cross falls upon the person in the throne. 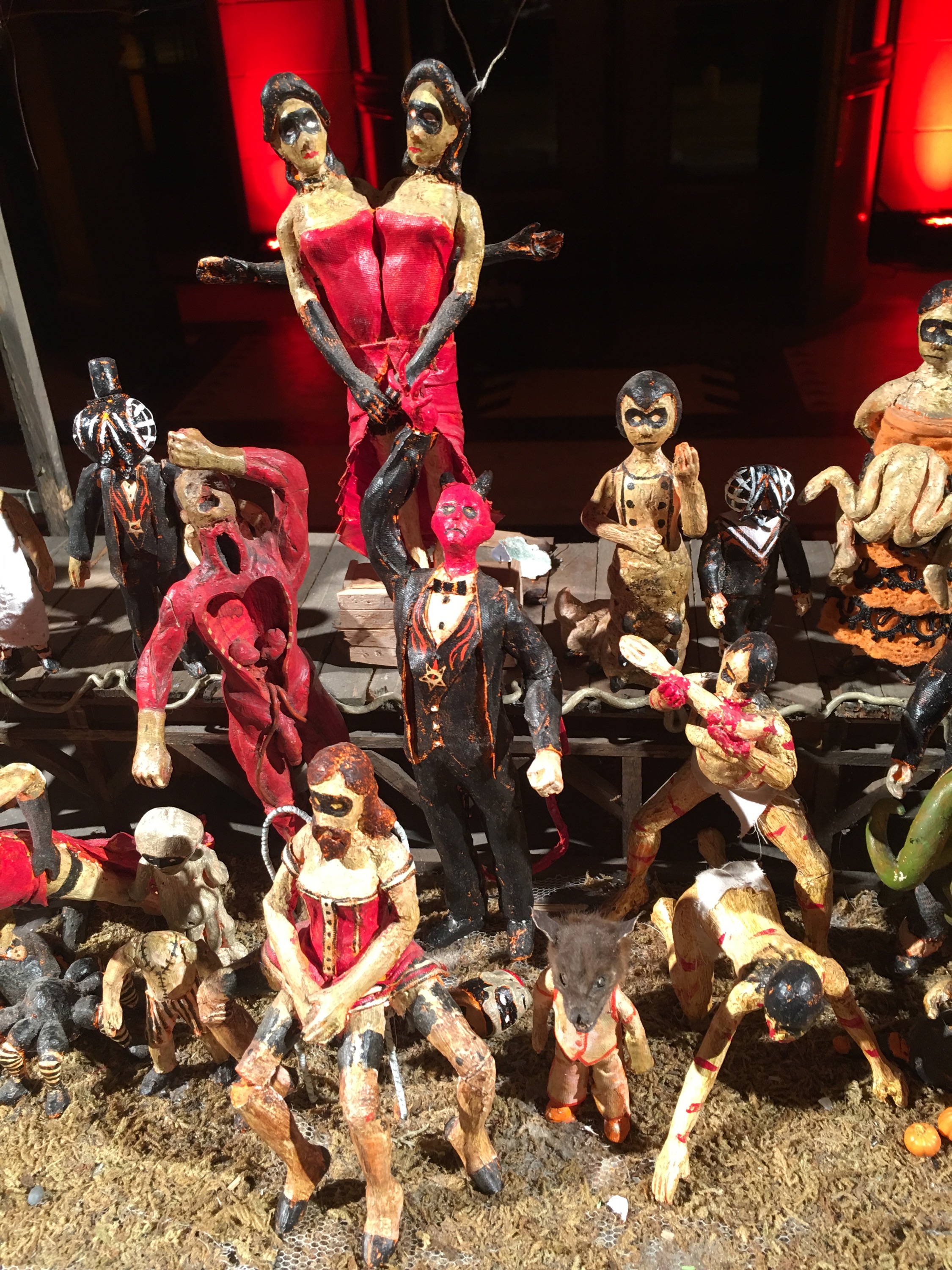 A darkened theatre for suspension performances 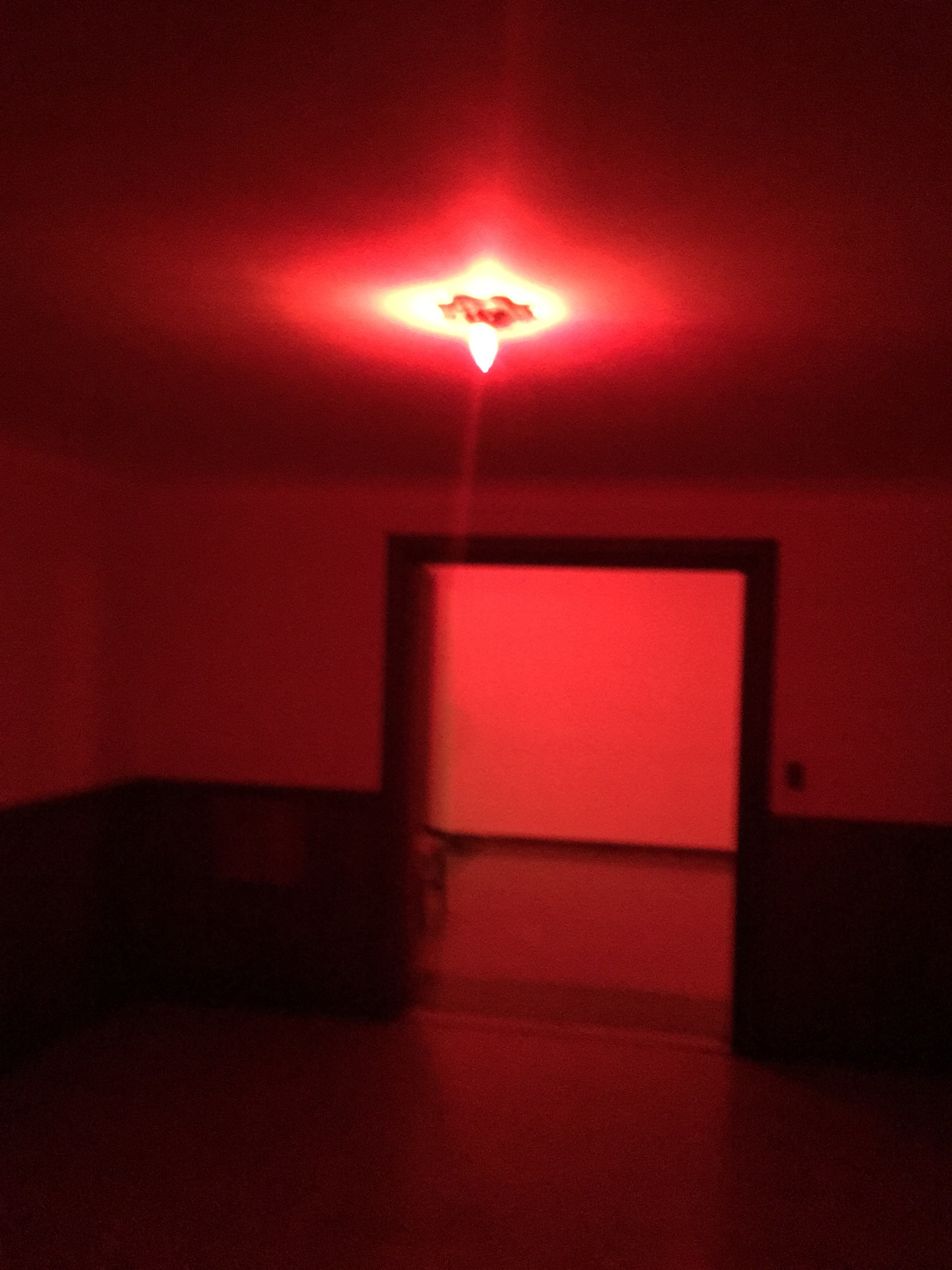 A red light in the labyrinth of the temple’s hallways

Behind the scenes we saw a museum of Masonic imagery 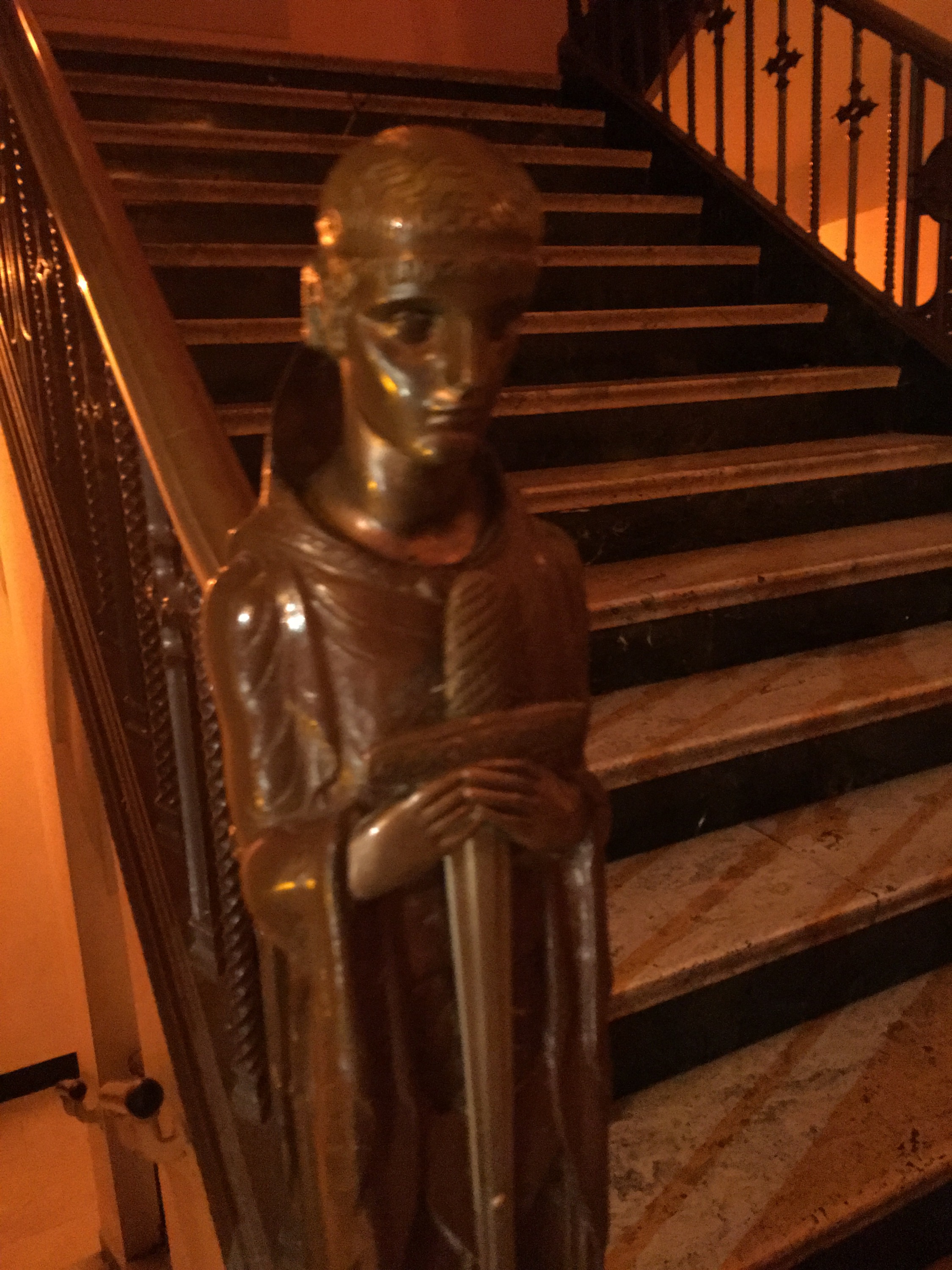 Are these the Knights of Templar guarding the staircase?

Backstage, an army of makeup artists prep Zombo and his minions for the night

So there it is.. Theatre Bizarre n a nutshell. You missed it this year but next year it will run two weekends in October so start making your travel plans now to attend the greatest masquerade on earth!