I’m already in my fourth week here at TED and am starting to amass a nice collection of newly modeled buildings to go into the VR recreation of Luna Park. The hope is to complete a few more structures in the coming week and then bring them into Unity so that I can begin doing some tests for the cell shading style they will be rendered in, and explore specular maps to be used for the thousands of tiny electric lights covering all the buildings. Here are some screenshots of the newest buildings, as well as a sample cell shaded view from the original prototype. Its pretty exciting to finally be working on this again!

The 1907 entrance, under construction

A finished 1907-8 version of the entrance 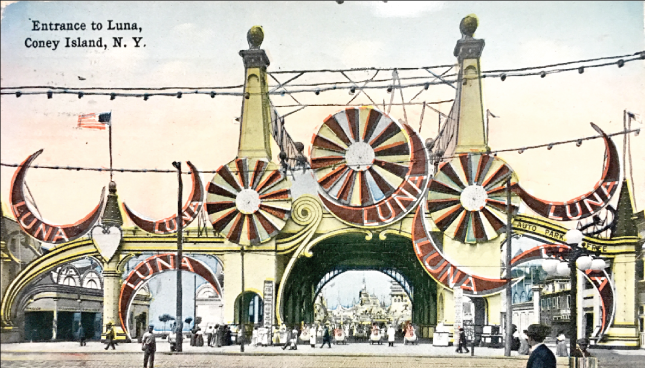 The 1914 “pinwheel” version of the entrance seems more in people’s memories of Luna Park, so I decided to go ahead and build that version as well. 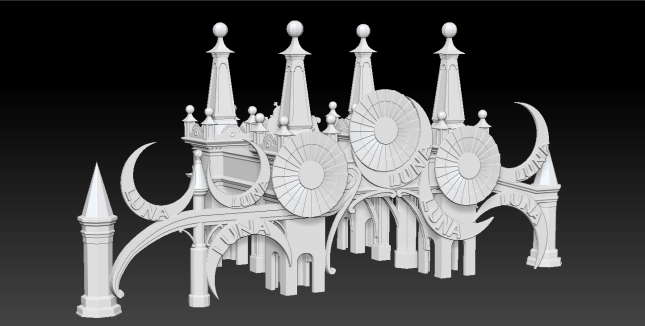 I am super happy with the way the pinwheel version of the entrance came out. The park changed so much year to year. How cool would it be if we could travel in both time and space as we explored Luna Park? This is one of my goals for the piece. 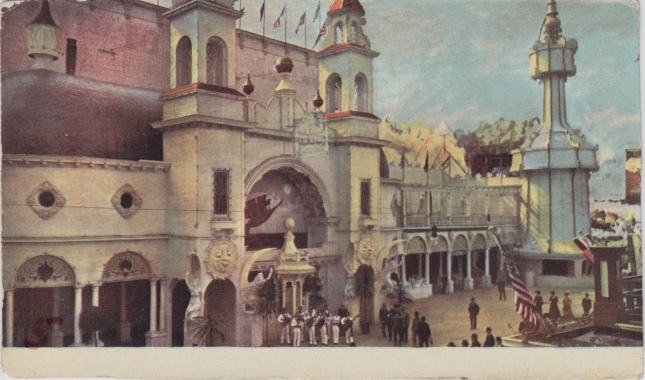 A Trip to the Moon was the original simulation ride, offering passengers a voyage on the spaceship Luna from Coney Island to the moon, where they disembarked into caverns made of green cheese and were greeted by Selenites and an assortment of fanciful creatures of the moon.

The current state of my Trip to the Moon. 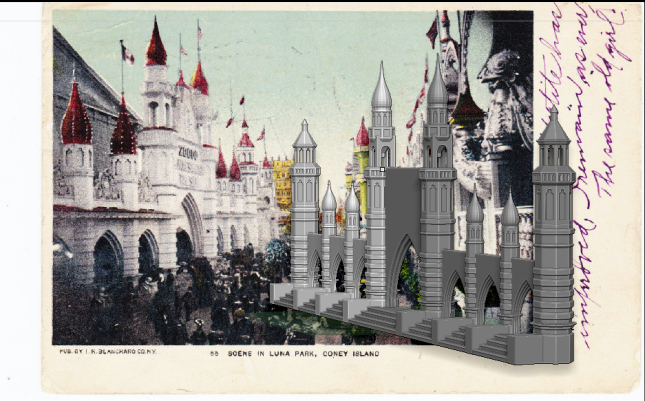 The current work in progress: 20,000 Leagues under the Sea 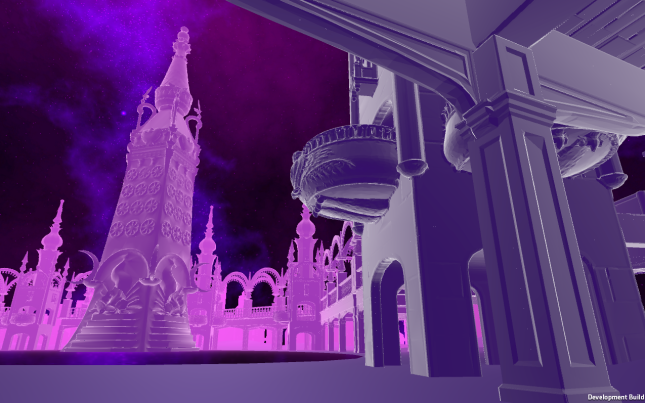 Cell shading test from the prototype… I am pretty happy with this style- though it needs to be a little less pink and more midnight blue, but it still lacks the electric lights to really shine