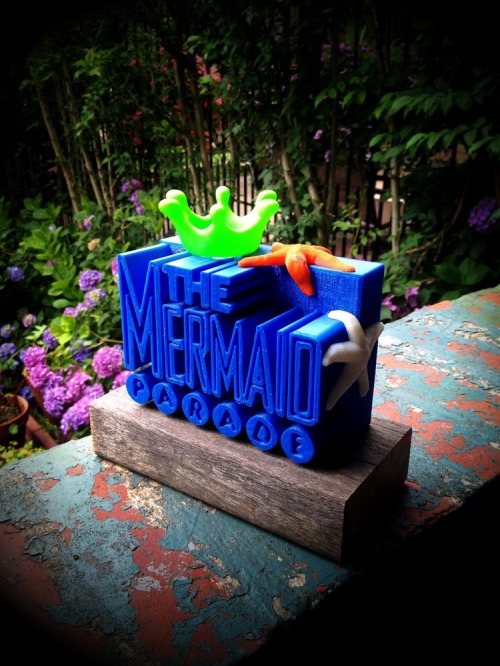 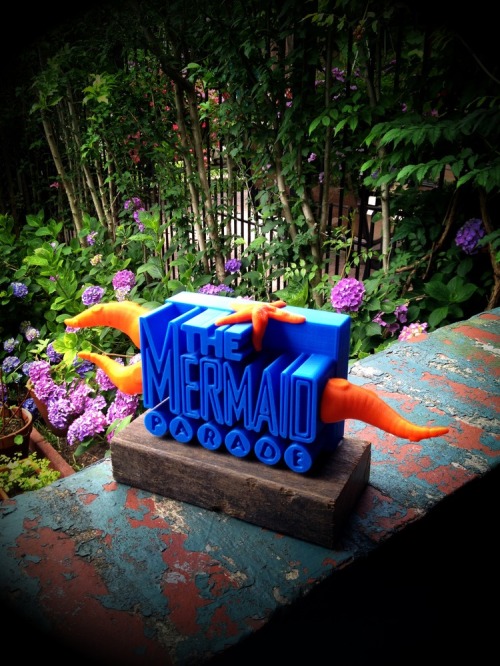 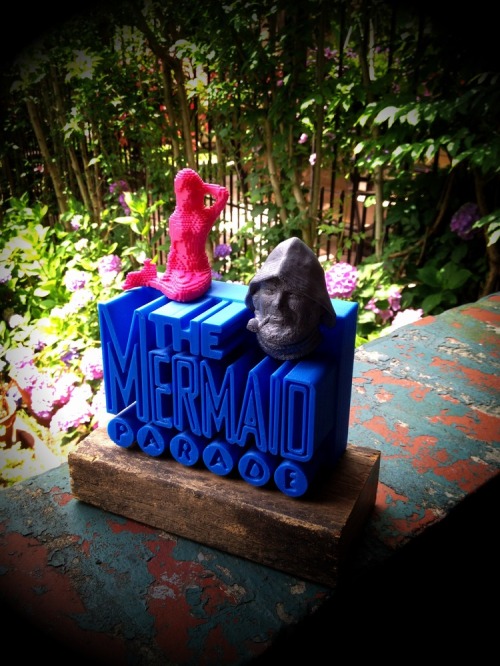 Coney Island’s 30th Annual Mermaid Parade is nearly upon us, and for the special occasion I had the opportunity to collaborate with Brooklyn’s MakerBot Industries to create one of a kind trophies for the Parade’s 11 award categories:

Because the parade has all these different awards, when I first met with MakerBot’s Creative Director Keith Ozar and Social Media Marketing Manager Sasha Litvinov, we came up with the concept that each trophy would consist of the extruded parade logo, plus some embellishments of appropriate sea themed objects sourced from MakerBot’s file sharing community Thingiverse.com. Coney Island’s Huckster Fabrications donated boardwalk wood for the base and the finishing touch will be when the bases get a brass plaque added, commemorating the award category and year.

To mock up the trophies, I began by using Google SketchUp to extrude the Mermaid Parade logo from an Illustrator vector art file, then brought that into the open source 3D modeling program Blender where I combined it with various models of sea creatures that I found on Thingiverse- octopi, tentacles, star fish, sand dollars, an 8 bit Mermaid, Facebook’s ‘like’ hand, an old sailor, devil fingers(for the best musical group), etc. I used Blender to scale the parts and mock up each trophy. From there I delivered a print list and 3D files to MakerBot’s design team, where the in house artist Jason Batukis tweaked them and worked with their botfarm to print everything.

It was a lot of fun to learn more about the 3d printing process. I was finally able to realize prints for two Luna Park tower models I had created last year. It turned out that rather than beng printed in one go, they both had to be divided up into 4 or 5 prints that were glued together. I also learned about the magic of the heat gun! Heat guns can be used to warp and bend ABS plastic. This worked amazingly well with bending the octopus around the top of the logo for the Best Sea Creature award or making starfish grab onto corners. The Second and Third place medals were originally designed to be a two color print, but the team there instead reccomended instead that we print them separately, then heat gun the Octopus to conform to the sand dollar and glue them with Super Glue. I’m super pleased and proud of how they came out- Enjoy!

One thought on “A Gallery of 3D Printed Mermaid Parade Trophies”

View all posts by Fredini